There are some really iconic images. This is one.

It’s not staged. There is no expensive and artistic setup.
This is real life. As real as it gets.

You might have to look closely at the picture above.

What I want you to ask yourself is: If you had to plug in a two-pronged plug into one of the available sockets which one would you choose?

On the left, there are two network sockets which you surely wouldn’t try.

That leaves two (Irish) standard sockets for three prongs, with one having an adapter for international plugs.

The temptation to follow the well established regime of plugging a plug into a socket must be enormous. Even if the plug is not really made for that socket you make it fit. Because that is what you do: you put the plug into the socket. Never mind that stupid adapter.

There is a noticeable stretch in the evening now. Days are getting longer and a little brighter. Pádraig and I went for a good walk into the Botanic Gardens today. 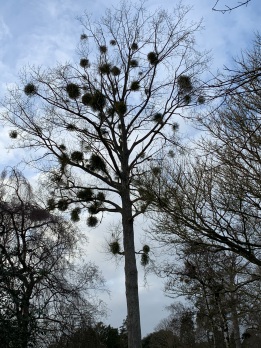 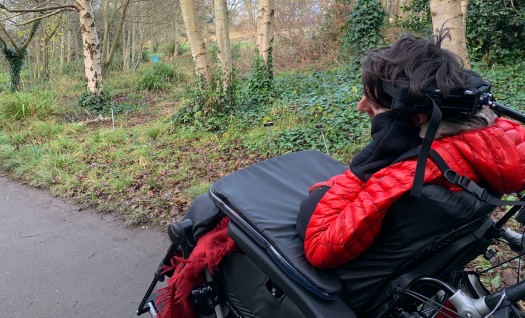 He was supporting his head with his left hand as we went into the “Wild Ireland”, a part of the Botanics introducing visitors to the generally well-kept and meticulously planned Gardens to the Wild. A bit of a contradiction but still a great experience, especially if you’re living in the middle of the City. We saw this huge tree with what looked like tons of nests hanging from it. Are those really nests or are these some type of plants using the tree as their host?

Pádraig is cycling his MotoMed better than ever before. Up to 40 rounds per minute, against some resistance, for 45 minutes, a distance of nearly four and a half kilometres, using both of his legs in nearly perfect equal measure.

While he is cycling he is eating and drinking (for energy) and when he is finished he lifts both of his feet out of the pedals.

This is keeping him so fit that it makes me feel jealous. Yes, he is young and, before his accident, was always fitter than I could ever dream to be. And if I think of it, why should that now be different? Because he had an accident seven years ago?

Pádraig has adapted to his condition, the way he is.

My guess is that he could easily do the ironman distance of a 180.2km on his bike, even if it was over a number of days. And he could run the ironman distance of 42.2km in the Lokomat, over a similar number of days. The 3.9km of the ironman swim would have been the easiest part of the triathlon challenge – if swimming pools were open or if we lived on an island surrounded by warm waters and not by the Atlantic and the Irish Sea.

It’s not always the smartest thing to follow the usual regime and practice. Sometimes you have to adapt to get results and motivation and meaning. Or the right socket.

I want to think about that one a little more.