“Our painful experiences aren’t a liability—they’re a gift. They give us perspective and meaning, an opportunity to find our unique purpose and our strength.” 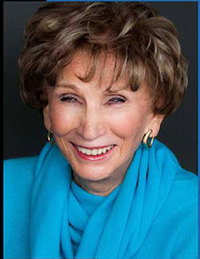 Writes Edith Eger in her book The Choice – Embrace the Possible.

She is 93 years old. When she was 16, in 1944, she was deported to Auschwitz together with her parents and her sister. She survived and published The Choice in 2017 and The Gift in 2020, relating her story of survival and the lessons she learned from her experience. She emigrated to the USA, became a friend of Victor Frankl, received a PhD in Clinical Psychology and works as a psychologist. She believes that while we cannot control what life holds in store for us, we can always choose how we deal with it. The most important question is not why me? but what now?

Pádraig continues with his visits to the Hyperbaric chamber, breathing oxygen at the same pressure one would experience 10m below water.

Each visit lasts just over an hour and there isn’t much happening in that chamber. So we play a finger game.

With one finger. And then the other. It creates a connection and makes us both smile.

The weekend is quiet. On Saturdays, there is no schedule determined by people coming and going. Time to relax. 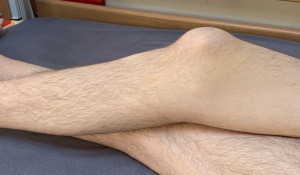 It is anything but boring. It’s nice, calm, and gives us time to chill out. Probably hard to understand for those who fear for their mental health because they have watched Netflix back and forth, as well as the last episode of the last season of the reality show The Whitehouse.

Over the last weeks two dear people in our life passed away.

Mary Geran was Pádraig’s, his sisters’ and Ireland’s most iconic swimming coaches. She sadly passed away on 11 January. She coached Pádraig when he was small (he was ‘small’ at some stage) and again, more recently and for the last time, with her same unmistakable, distinct voice from the pool side, when he came back to Dublin after his accident, in a pool especially kept open for him by his former coaches, Mary and her colleague and good friend, Patricia, with his sister and myself helping him in the water.

Her funeral had to take place in private because of the current circumstances. But, together with old friends, Pádraig said his good-bye in front of her house. Watching the cortège passing by and talking about Mary, brought tears to his eyes. They changed into a huge smile when we stayed on for a few minutes to say ‘hello’ to old friends he hadn’t seen in years – all distanced and with masks but well in sight.

Ni bheidh mo leitheid aris ann. With Mary, a whole generation and character of people is disappearing. The pool, the kids she taught and coached, were her life. More important than her commitment to achieving the best possible results in galas and competitions, was her commitment to the welfare of the kids she cared for. She was a tough coach with a huge heart. And a great sense of humour. The likes of her will never be seen again.

It was my dream to sail around the world. Unfortunately, I failed to convince my family that this would be a great idea and an incredible adventure. Except for Pádraig, who experimented with his Dreamboat. He would have loved the journey. He wrote the most beautiful note telling me that, after much thought, he had figured out how we could organise that fantastic trip and how I could realise my dream.

Again, unfortunately, I was the stupid, ‘realistic’ adult, too constraint by all sorts of ‘practical’ issues and ‘good, solid’ reasons why this was a beautiful plan but not much more.

Two months before I turned 50, I grabbed the opportunity to join a small former hering boat turned sailing ship, its Dutch owners, a family of four, and some random crew of 12 – not to sail around the world, but to cross the Atlantic as part of the 2009 Tall Ship Challenge.

A few days ago, I heard that Peggy, the wife of my mate James on that incredible adventure, passed away last week. I met James first when I boarded the Tecla in Halifax, the day before we were going to sail across the Atlantic. We spent the next few weeks together on our four-hour watches, from 2-6 am and pm. One early morning, when we went back to our bunks, cold and wet from the ferocious North Atlantic storm outside, James told me that he had decided that next time he was going to cross the Atlantic, it would be with his wife on the Queen Elisabeth. We laughed our heads off at the ridiculous thought of it. (Only a couple of years later that thought became a reality.) When, weeks later, we eventually made it into Belfast harbour, Peggy was there at the pier, welcoming James back on firm land. She had worried a lot about all that could have happened to him and was overjoyed to have him back. The couple spent some time in Ireland with their children and visited us in Dublin. When I heard that Peggy had passed away following a terrible fight with cancer, I could only imagine what pain and sense of loss James must be going through.

Nobody can avoid the pain and suffering life inevitably confronts us with. One terrible pain cannot be compared with another terrible pain. Their is no pain league table. But I would agree with Edith Eger that we have a choice to ask ourselves why me? – or what now?