The world is made up by gazillions of details. No matter what world you’re living in. And when I listen to someone beginning to talk about the details I get this feeling that nothing will ever get done. I might have mentioned what a very good friend of mine once said: If you really want to stop something, don’t oppose it. Add to it enthusiastically. Add detail. Soon the whole thing will become unmanageable and it will be abandoned. 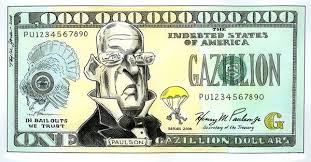 Reality does not conform to detailed plans. Checking on detailed compliance soon becomes an exercise “per se” without any meaning, incapable of dealing with variety of life, impossible to cater for variance and ‘exceptions’.

When I was still a student, I got a job teaching German to immigrants. Easy. I thought. Nothing more straight forward than teaching something you know doing (speaking) pretty well. Wrong. It was the most difficult job ever. Because I was trying to teach German the way I had learned languages, I was trying to teach rules (with dozens of exceptions) to people who had never learned a foreign language, and couldn’t care less about grammar, the minute details of gender, articles, and cases. Their needs were different from what I was teaching. Sounds obvious now but when I was doing it, it took me months to learn from my students about their needs.

Change gets lost in details. It comes in big strokes. Martin Luther’s dream was about the big issue. Revolutions are about big ideas, they drown and get lost in day-to-day bureaucracy.

I am not feeling at ease drawing up dozens of procedures based on existing practices for the An Saol Project day centre that is going to change the way we support persons with a very severe brain injury. Because if they are based on what exists, they will not bring change.

Rome was not build in a day. Slavery was not abandoned with the stroke of a pen. Equality will not be achieved overnight. We will need what the Germans call a ‘long breadth’. Persistence.

“We will never give up” is easier said than done. Enthusiasm and ‘long breadth’ are at times difficult to combine. But – if it was easy, someone would have done it.

I’m having a cold, having started to run again a bit and having started to go swimming a little. Hopefully, that I’ll get over that as quickly as I’ll be dealing with the gazillions of details of procedures and planning and fire regulation and disabled access and health and safety and infection control and minimum door widths and maximum distances. So I’ll have more time to spend with Pádraig.