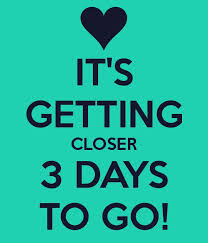 I have decided to take it easy. I’ll be difficult enough as it is. What will be will be. Sometimes the impossible happens all by itself. I have this feeling that Pádraig’s journey to Boston and the Cape will be one of these occasions. I don’t know about anybody else. But when he left from Hyannis airport the last time, I did not expect to return to the place with him. It’s a big journey for myself, but what a journey this will be for Pádraig!

Although we’ve been really busy getting ready for Monday and next week, Pádraig is still continuing with his own personal training. And he is getting better all the time. Here’s an example from today.

Pádraig was lying on his stomach on an exercise mat on the floor. The physio was using tiny electrical charges to stimulate and wake up the muscles on his back (you’ll see the wires in the video). Pádraig put is toes straight on the floor. He then straightens his leg and relaxes it, with his toes pointing downwards at the floor. That by itself is a difficult exercise. But then, the physio asks him to keep his legs straight up in the air parallel to the floor and pushes down his knees as hard as they can. And Pádraig doesn’t let them, until they ask him to relax and put his knees down softly on the matt. – Try it yourself, It’s a very hard exercise and you’ll need all your strength for it. Now try it not just once, but ten times.

Absolutely outstanding, I was floored just watching it.

PS: Watched a clip of the world’s longest running chat show, the Late Late Show, tonight with Ryan Tubridy and Christy Moore singing Lingo Politico. What a song and what a performance!