In my second job here in Ireland, at around 4.30 in the afternoon, when everybody was really relaxed and getting ready to go into the weekend, I past by a colleague’s cubicle. He looked up as I was passing and said, “how are you?”

What happened next was not what he had expected. Asking someone in Ireland “how are you” is like saying “it’s a grand day today, isn’t it?” This question doesn’t really require a response. It’s like acknowledging the other person and saying “hello”. 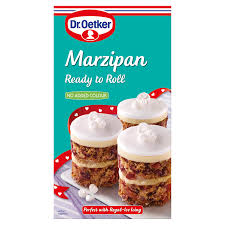 Well, I sat down. And I told him how I was that quiet Friday afternoon.

Thirty years later, when someone asks me that question, my response is “Great! Couldn’t be better! And on a day like this!”

Was I a more honest person then? Have I adapted more to my chosen “Heimat” today?

Pádraig went with us to visit two very sick people in hospital today. Each of them is, in their own way, fighting for their life. As he was, four years ago, when we had just arrived in Germany for what we thought were going to be a few weeks, maybe a couple of months, but not more. Those weeks leading up to Christmas and into the New Year, I thought, could push me over the edge. They didn’t. In a way, they prepared me for what was going to come. I was ready to roll…