A Sunday afternoon by the fire catching up on the news of the week with Pádraig. Re-playing some of the week’s interviews on the telly, like that with Irishman Ibrahim on last Friday’s the Late Late Show, reading the tweets about it in parallel. And watching an episode of RTÉ’s new Salon Confidential, according to The Irish Times the station’s attempt to increase its under 35 audience. I can tell you: it’s worth watching even if you’re over 35 and want to find out what those young people are up to these days. And then contrast this with the emerging scandal of (over 35) Michael Colgan’s alleged remark to one of his employees as reported on tonight’s news. 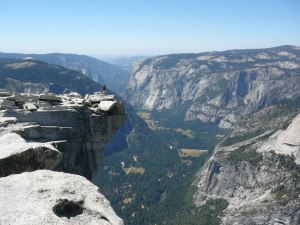 Earlier in the day, Pádraig and I had listened to German Radio Station Deutsche Welle with a report on eco-holidays on what was presented as one of the world’s most beautiful island. We checked out what they were talking about on YouTube and that island in the Philippines called Palawan. Never heard of it. But it does look incredible.

There are tons of things we’ve never heard of. Things that are part of other people’s daily routine and life. So lets keep exploring!