It was soooo exciting. 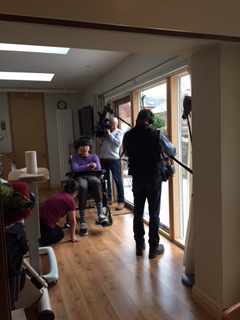 Over the past three days, a TV crew on behalf of TG4, the national Irish language television channel, was in Dublin to interview the NAI, NRH, friends, family, Pádraig and, above all, Pat. We don’t know when it’ll be shown, but there are indications it’ll be in the autumn.

It’ll be another great milestone in creating visibility for the most invisible neglect, for those, for whom waiting lists don’t exist because there are no services for them for which they could be waitlisted.