I had almost forgotten about one of the most amazing things that Pádraig did recently, just some weeks ago. When I had lifted something I shouldn’t have lifted, and in a way I shouldn’t have lifted it, I had hurt my back. It took me a few days to get over it and another few to get back to normal. – One of the things I learned over the past years is that persons with an acquired brain injury (probably everybody) should be transferred by hand, not in a hoist, if at all possible. So I learned how to do this with Pádraig and now that he can help, it’s pretty easy and straight forward. But, during those few days that I had problems with my back I did not do the transfers. – When all was back in order, we asked Pádraig if it was ok for him if I did the transfer again. 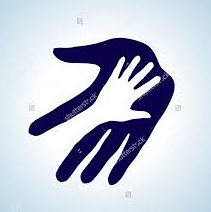 That was not the only time he showed incredible empathy – more than has been shown to him at times by the health system. When Pat had a procedure done on one of her legs last week and we asked him did he want to go for a walk with us over the weekend, he said ‘no’. Again, first we thought he just preferred not to go out. But then we proposed to him that I would push his chair, not Pat, and he was delighted to go out and catch a breath of fresh air.

And today, in one of our 3-monthly or so meetings with the HSE, involving a dozen people of which only one had seen and worked with Pádraig over the past months, they proposed to assess whether Pádraig is in a position to take decisions.