It sounds bad when someone asks you ‘how did you get on just on your own’ and you say: “Actually, great!” because it almost sounds like you preferred not to have anyone else around you. But that is not true.

If you live in Ireland you probably have heard or Terry Prone. If you get up early in Ireland, you’ve probably heard the ‘Living Word’, something like a ‘thought for the day’ on RTÉ Radio One. Every week, another person shares their thoughts about interesting, important, and spiritual aspects of life.

This week, Terry has been talking about different aspects of the story of the ‘good samaritan’. This morning she talked about the well known idea that, whatever happens, perspective makes all the difference. And that was the case with all the ‘good’ people passing by that injured person on the road – without getting involved. Until the samaritan chose not to pass by, but to get involved. Not because he had a different perspective on what he saw, but because he chose to have a different perspective. 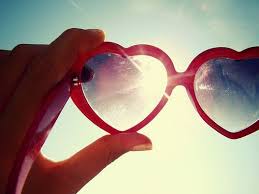 And this was Terry’s really brilliant conclusion and message for the day (and for life): we can choose our perspective on things. We can choose whether we want to continue on our way and not get distracted by what we encounter along the way. Or we can choose to get involved because that is the right thing to do. It’s up to us.