Good friends of Pádraig’s got together for the mother of all coffee mornings yesterday to meet old and new friends, neighbours and colleagues, eat sumptuous  home-made cakes, drink delicious coffee and tea, try their luck on a raffle with incredibly attractive prizes and spend some time on this nice summer Sunday in great company – all for “Caring for Pádraig”. And, from what I’ve heard, everybody had a brilliant time. 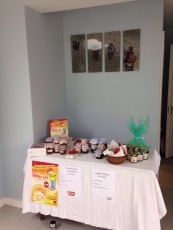 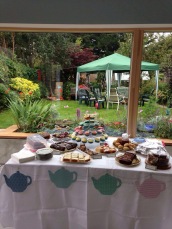 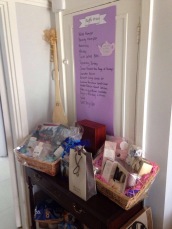 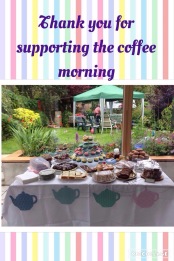 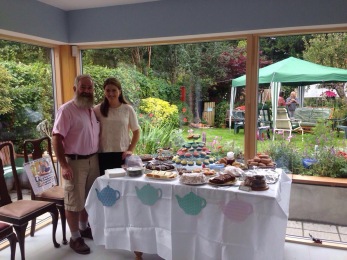 Pádraig could not join, unfortunately – his got up at 4am yesterday morning to get to the airport and travel to Pforzheim in Germany to one (if not the) most advanced neuro rehab centres around. It’s a centre that is pushing the treatment of its clients to the limits, going with them to “places” they never thought they’d be able to go to ever again –

He would not have been able to do this, had it not been for the humbling generosity of his friends and family, like those who organised, contributed to and attended yesterday’s coffee morning, those who work tirelessly to fundraise for Pádraig’s care, so his stay and treatment in Pforzheim can be paid for (amongst other things). Thank you!

Here, the diagnosis is: positive. Pádraig has much more control of his legs, hips and lower upper body than before. He is, literally, working his way up – so shoulders, neck and head will be next. This means that he’ll need to concentrate on this part of his body and exercise loads. As much as possible. Work out. Push himself as much as he can. It’s common sense: if you want to improve physically and mentally, exercise is your only man. Wer rasted, der roster. The body, someone who knows told me once, is lazy by nature – if you don’t use it, it’ll shut down eventually.

Another article about An Saol was published today in the North (of Dublin:) – 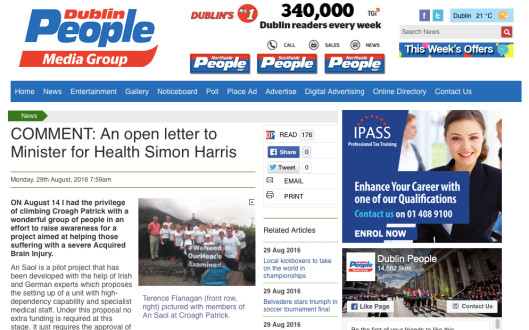