We picked Stuttgart Airport for our return journey because it’s closer to Pforzheim than Frankfurt and because flights back to Dublin leave earlier. Today we got a lift by car to Stuttgart. Smooth journey and we arrived there 3 hours early.

10 minutes later check-in opened and we were told that the flight was cancelled. They didn’t know why. They offered a hotel, dinner and breakfast. But we needed to get home.

Ryanair later in the evening but quite expensive. Or rebooking with Aer Lingus and flying back from Frankfurt.

So. S-Bahn from the airport to the Hauptbahnhof. If you have ever been in Stuttgart Hauptbahnhof then you know what expected us. If you don’t know the station: it’s a bit like the new airport in Berlin, only that it is open.

Onto a train to Frankfurt Airport. A bus to terminal 2 where checkin opened as we arrived.

Terrible discussions about getting the seats we had booked previously in row 1. We wanted them because there’s more room for 6’7″ Pádraig . The man at the checkin didn’t want to give it to us for reasons I don’t understand. Eventually, he allowed Pádraig to sit by himself in a window seat in row one, kept the middle seat free, and put us in the two aisle seats of row one. Mmhhh… 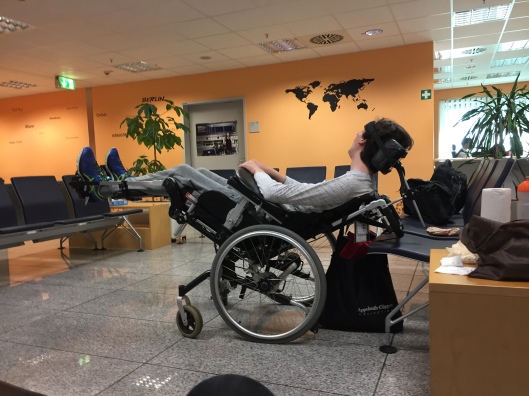 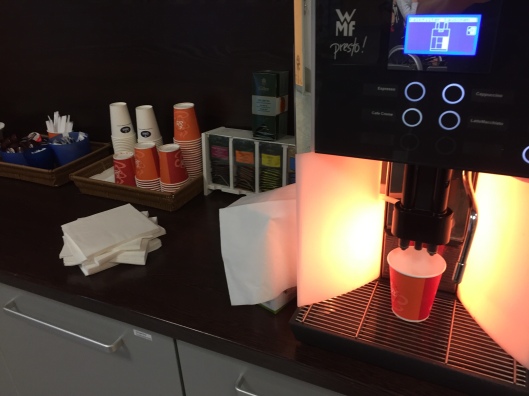 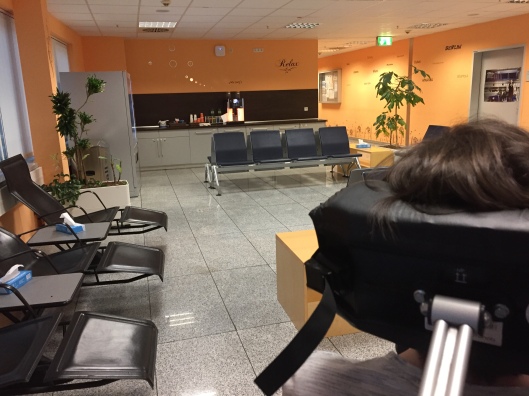 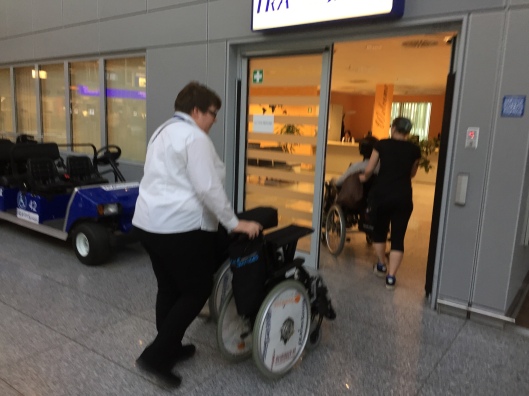 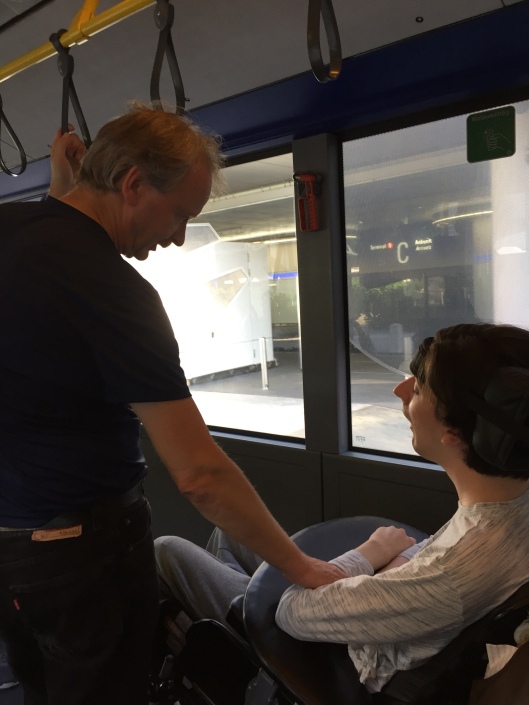 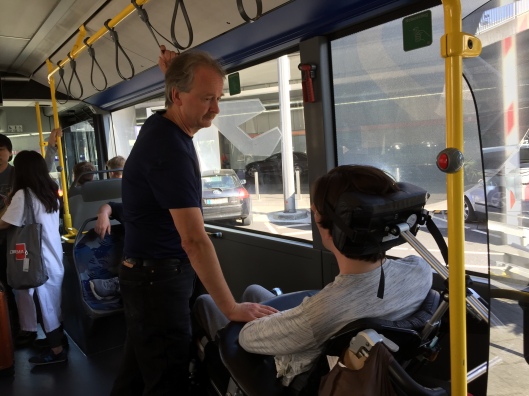 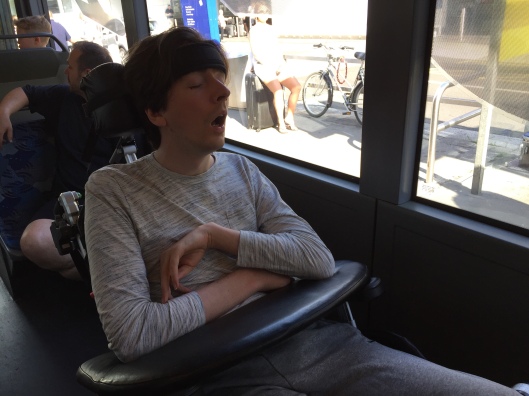 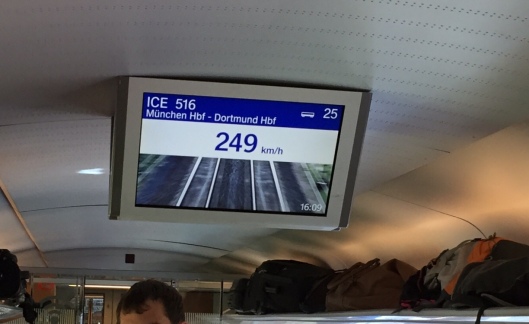 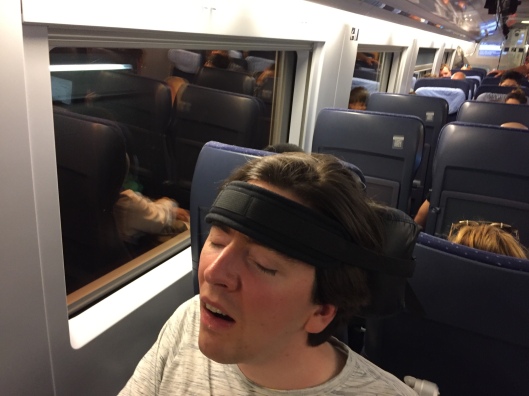 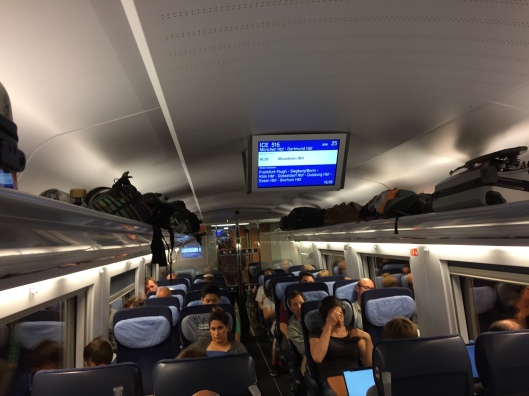 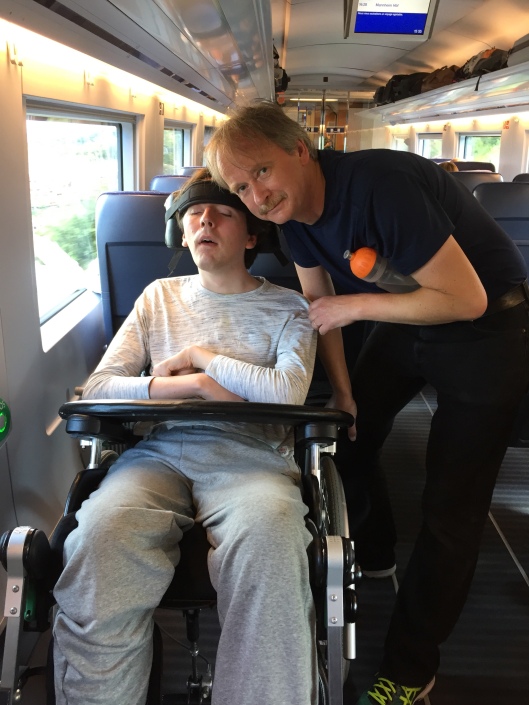 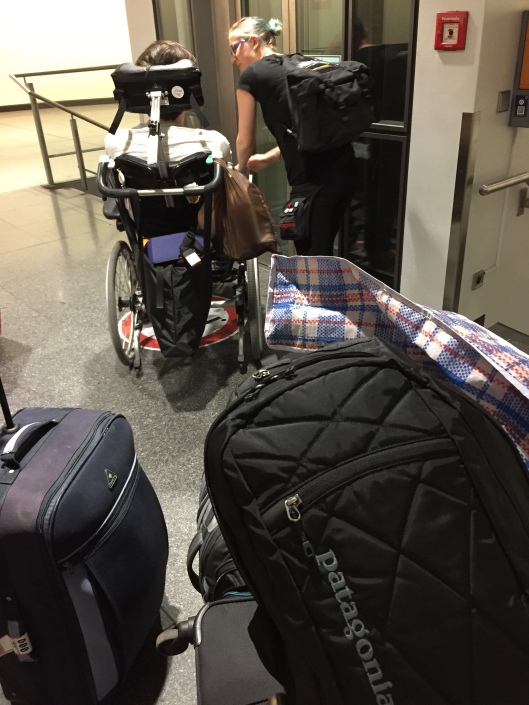 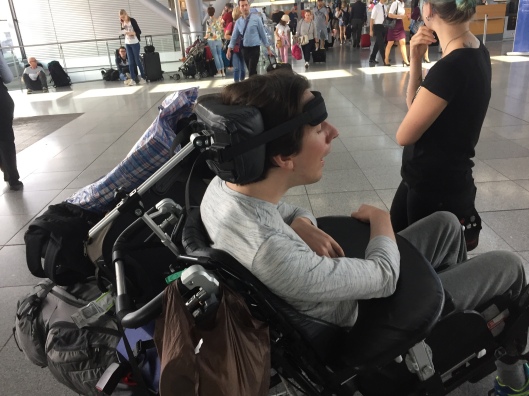 And then: an hour and a half delay.

We’re sitting in a mobility lounge. And wait.

We left Pforzheim at around noon and at the moment it looks as if we might get back to Dublin just before midnight.