One of Pádraig’s really good friends came over to Pforzheim for a visit. We met at the railway station and went for a walk down to Pforzheim’s Opera House (yes: all German cities have an opera house!) and stopped by the Opera Café’s outside terrace to have a bit of cake and a drink. Pádraig then spend some time beside the river together with his friend, while Pat and I went for a walk along the rivers of Pforzheim – there are at least two of them (Enz and Nagold). We must have crossed half a dozen bridges within 20 minutes and then we crossed the bridge with the locks – used by Pforzheim’s loving couples to firm up their friendship. 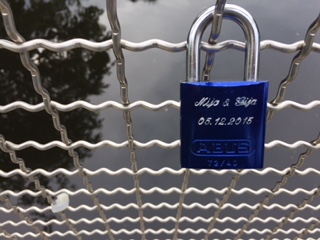 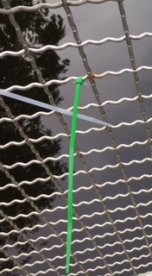 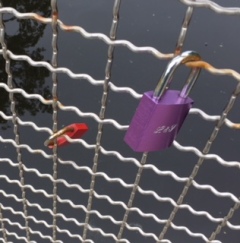 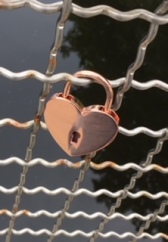 If you look closely, some of these expressions of friendship show the names, one is in the shape of a heart, and then… there are some where the couples opted for the “sparsam”-option. They went for simple cable ties to knot the tie – although one couple went for the simple and, at the same time, extravagant green option. I think we all have seen those looks on romantic bridges — but cable ties?? Mmmmhhhh….

It’s the last day of the long weekend — which Pádraig enjoyed tremendously. Back to normal tomorrow. Whatever that is.