There are moments in time when it is easy to be a comedian, to impersonate politicians for pure fun, and to draw cartoons. Over the past few weeks, there were many of those moments. Nonetheless, I think this cartoon that came to me via Twitter is just brilliant. 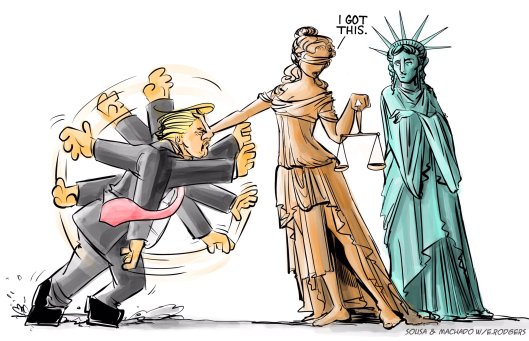 It captures in just three words, showing just three people how democracy works. How the divisions of power, the in-build safe-guards, and a tradition of hundreds of years make sure that a single corporation cannot take over a democratic state. It’s what I learned in school over many years, all in one picture.

One day, someone will draw a cartoon like this showing how we, the people, decided to look after the most vulnerable members in our midst, despite the established health system and its representatives telling us this could not be justified because there was no return on investment, because these were hopeless cases.

We went for a long walk out to Dollymount and out to the Sea. It was a magnificent evening. 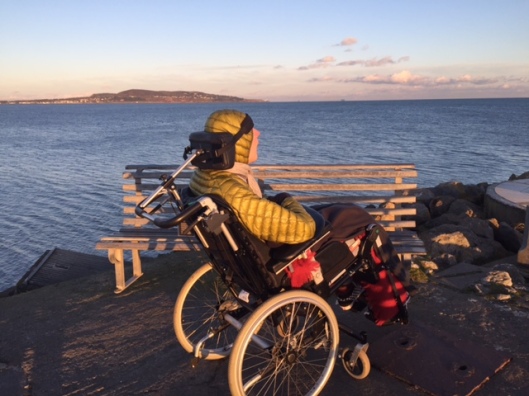 And we both really enjoyed it.

Finally, here are a few links from the past weeks I found interesting:

And finally, finally another German song: Annen May Kantereit, Barfuß Am Klavier – which must have been really successful, judging by the number of views – but was completely new to me… not bad, though.