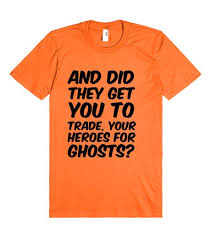 Well, it’s a song I re-discovered when Pádraig’s music therapist was singing it for him and I managed, for the first time, to understand the lyrics. She asked Pádraig whether he was sad after she sang the song to him and he said “yes”. And she said “yes, it’s kind of a sad song, even the music is kinda sad”. I was ready to jump up and shout “no, no, no! This is *not* sad! Can’t you see: It’s beginning to happen! It’s beginning to move! I’ve seen a reaction, yeah I watched us improve!”

I could see that Pádraig looked a bit sad alright but didn’t think it was because the song was sad but I’d say because he must have remembered the happy times when he was singing the song at the top of his voice with the Coronas at a concert or a festival. So don’t grow old forgetting who you are, a simple goal could get you very far. (I borrowed that line too, from the same song:)

When I looked it up on YouTube it was curious to see that the Irish version had more than five times the number of hits than the English version. Maybe I should do (with Irish) what I did when I was learning English: singing songs in Irish, reading the lyrics, then learning the songs off by heard, and slowly understanding what they are all about…

Someone once told me that in Ireland, things come in three (like in the Trinity). So today, I’m adding music to travel and communication – three things to focus on for Pádraig. Music is a bit like a smell: it instantly catapults you (back) to places and times and people – and brings back memories, the good ones, the bad ones, the sad ones and the happy ones. But this is what we’ve got and there’s nowhere we’d rather be.

The point of all of this is, I think: never, ever trade your heroes for ghosts. (Even when you’re growing old:) – Makes sense?