Lachen, Laughing, keeps you sane in the most insane of times. As long as you are able to see the funny side of things, you are not lost. And, at least myself, can only have a good laugh in the company of friends. The better the friends around me, the better the 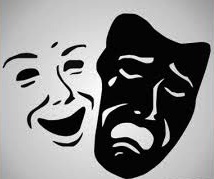 Crying and laughter are close neighbours.

This being Saturday, I spent some time following up on stories we had heard about over the past few months. We met some of the people in these stories, others we have not (yet) spoken too. But when I gathered them for their website, and wrote it up for a new web page, http://caringforpadraig.org/similar-experiences/, I was back on the emotional roller coaster: “Similar Experiences – Young People with Brain Injury denied adequate Care” is introducing three young people, Sara Walsh Delany, David Cahill, and Shane Grogan. Each of them was under 30 when, for different reasons, they suffered severe brain damage. What made me (quietly) furious was that none of them receive the treatment, care, and support from our health system they deserve and so desperately need. Their families and friends are fundraising so that they can receive the treatment they need. Of course, it is wonderful to see how their communities rally behind them, very similar to what Pádraig’s friends are doing for him, but would you not think it was the duty of the State to look after its most vulnerable citizens?

Pádraig is maintaining his state of higher alertness. You could call it code yellow. He is moving his eyebrows, lifting his arm up to his neck, squeezing hands, reacting to stimuli. He was in the viva-la-Thekla for more than four hours, breathes mostly without oxygen support, and he was on the very selective Saturday list of the physio.

One of the nurses (also one of his dates for the rose garden) was wondering what Pádraig will wear on that date. – Any suggestions? Anybody? (There is still sufficient time

Swim a mile for Paddy – the most read article on http://www.swimireland.ie

to send/bring stuff he should be wearing to him:)