What is the capital of Norway? What is the small country between France and Spain? Is the Vatican a sovereign state? — Not the most difficult questions in the world, but – as we found out – not the easiest ones for everybody to answer either. And while I wasn’t there for the quiz-show myself, Pádraig apparently got them right. Spelling them out!

I was at a mini-conference at a University this morning. To be honest, it didn’t exactly lift me out of the doldrums. What people were talking about were really interesting topics and the presentations were very well put together. Many of the presenters were family members of persons affected by serious illnesses and they knew what they were talking about. I can’t put my finger on it, I wouldn’t be able to explain why – but I didn’t really get excited about anything I heard, maybe with one or two exceptions. Maybe it’s just not my world at the moment. 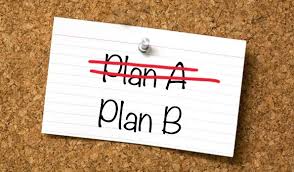 In my world, I’m still doubting all the time whether going for Plan A (‘world peace’:) was the right choice. And whether Plan B2 wasn’t really what we should have gone for: to live happily ever after — looking after ourselves, forgetting about how bad everything is, forgetting ‘world peace’, accepting that we won’t be able to change anything anyways, and that life in the country with an organic garden, a pony and a dog is the way to go. I mean, how many insults do we have to suffer? How much ignorance can be put down to ignorance (rather than to purposeful design)?

In case you’re not living in Ireland, just one example: a woman was just awarded more than 2 million euro because they missed her cervical cancer (‘delayed diagnosis’) when doing regular tests. A deadly mistake because she is now terminally ill and, apparently, has less than a year to live. Loads of apologies have been issued on top of the financial compensation. All in the headlines. But it is the small print that is really infuriating: apparently, it was known for years that a mistake had occurred but no-one had bothered to tell the woman; apparently, there are 206 (sic!) similar cases of ‘delayed diagnosis’ – and it is still not clear whether all the women affected have been notified.

The point is not that someone made a mistake. The point is that they don’t own up. The woman had to go to the High Court to make her case. There is no accountability. The system manages to deal with these kind of headlines and scandals and, in fact, becomes an expert in this activity of ‘picking up the pieces’.

What makes me so sad these days is that I find it difficult to see any possibility for real change, not even enthusiasm for attempting it. Which is why, in the evening, when the sun is setting and another day of trying so hard has passed, I am dreaming of Plan B2 — which would make our life easier and better, while leaving the ‘world’ where it is.

PS: Thank you to all who have over the past 24 hours so generously supported An Saol via its GoFundMe page – wishing me luck in my attempt to finish the Hamburg Marathon on Sunday!